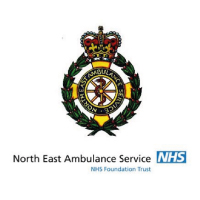 NEAS have been using the MIG to view primary care records since August 2016. Usage has increased significantly over the last three month, as all the GPs for the region have now signed up to share their patient records.

NEAS had previously considered using the Summary Care Record to view patient information, however they felt the MIG provided a ‘quick win’. Once they had reviewed the MIG content model, they were keen to roll out this solution across the North East.

What did they do?

NEAS receives more than 1.5million calls each year, which means their 111 and 999 call operators must prioritise their ambulances and avoid unnecessary hospital admissions.

In times of uncertainty, the operator will pass the call to a nurse, who will use the Shared Record Viewer to access a patient’s primary care record. Having instant access to additional information about the patient helps the nurse to decide whether the patient should be hospitalised.

“Sometimes the caller won’t remember, which medication they are taking. The MIG provides a list of the patient’s medication (current and past), which saves time and ensures safe decisions are made. Nurses say this is one of the most helpful things with the MIG”, Paul Nicholson, Assistant Director of IM&T, North East Ambulance Service NHS Foundation Trust.

How have they benefited from the MIG?

“On the 18.07.17 we received a call from a primary school regarding a paediatric patient who had experienced an episode of epistaxis (nose bleed) and was also reported to be bringing up blood. I called this case back as part of our revalidation procedure, to gain further information.

As this call was initially made to 111, the patient’s NHS number was on the details and I used this to access the MIG prior to and during the call back.

On my call back, the patient’s mum was on scene and I was able to talk to her directly. The patients mum described an extensive medical history for her child and that she was concerned regarding the symptoms.

Having accessed the patient’s medical history I had already established that this patient had a high risk and complex cardiac history, which would have affected the current symptoms.

By accessing the additional information about the patient, I was able to prioritise and upgrade the response. I was able to pass vital information to the attending crew so they were fully informed, prior to arriving with the patient. I was also able to inform the crew of exceptions to his observations that were ‘normal’ for him.

This information directly influenced the speed of response as well as supporting the crew in their assessment and decision making”.

NEAS are currently integrating the MIG with their Cleric RESPOND-2 application. By the end of next month, staff will be able to view all available information about a patient within a single application.

They would also like to provide paramedic crews with access to the MIG. Being able to view patient information in the ambulance will help paramedics to identify the best care pathway before they arrive at the point of care.

Any cookies that may not be particularly necessary for the website to function and is used specifically to collect user personal data via analytics, ads, other embedded contents are termed as non-necessary cookies. It is mandatory to procure user consent prior to running these cookies on your website.